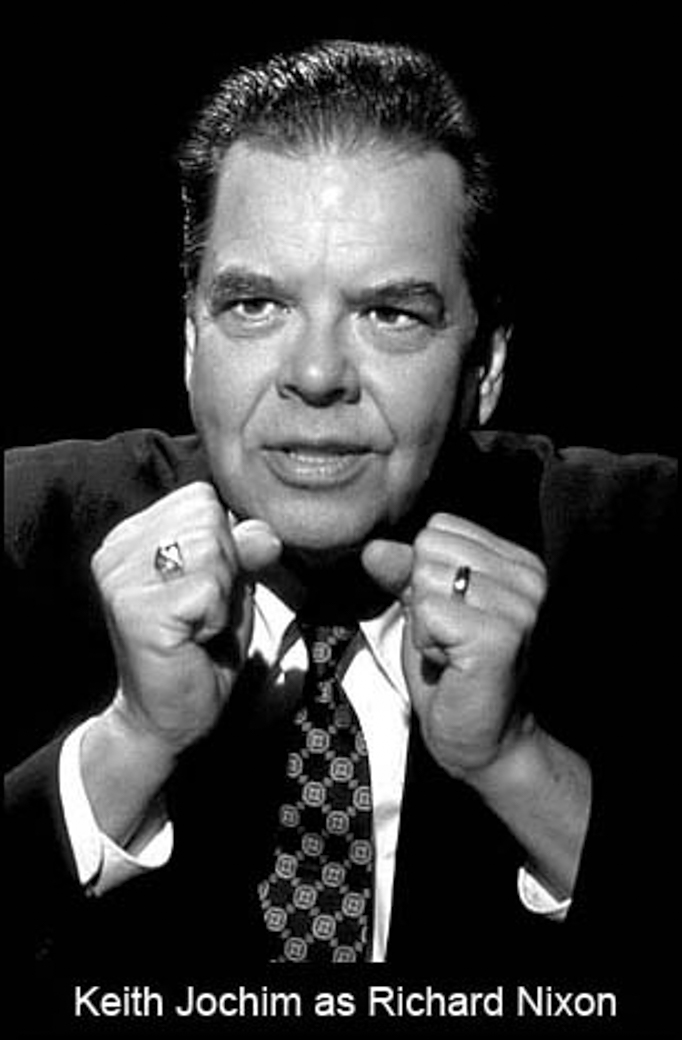 Keith Jochim was a professional actor for over 35 years. He has worked on Broadway and Off Broadway and many of the nation’s major repertory companies including the Guthrie Theatre, Providence Trinity Rep Theatre, St. Louis Rep Theatre, Cincinnati Playhouse, New York Public Theatre and the San Diego Old Globe Theatre.

He completed a world tour of Russell Lee’s, Nixon’s Nixon performing in London (West End), Ireland, Hong Kong, Australia, New Zealand, Canada, and at the Edinburgh Festival where he was co-winner of the Fringe First Prize for his role as the president in Nixon’s Nixon.

He recently completed the run of The Right Kind of People by Charles Grodin in New York City, Waiting for Godot by Samuel Beckett at the Two River Theatre in Red Bank, NJ and The Illusion at the Dallas Theatre Center. His movie and television credits include The Witches of Eastwick, She Hate Me, Law & Order, The Brotherhood, Spencer for Hire, All My Children, The Guiding Light, and Days of Our Lives.